Our principals are creative, strategic thinkers with a wealth of their own life experiences and an aptitude for listening and learning. They are not narrow technicians or “trainees.” Each principal in our Private Client Group has significant knowledge and many years of experience in financial and business matters, as well as a demonstrated ability to apply judgment, creativity and wisdom to our clients’ personal, professional, and business affairs. All principals have advanced degrees and certifications in business, finance and/or law which are merely the by-product of the curiosity, intellect, and energy that keeps them engaged in and committed to lifelong learning.

Our client service and support team are an integral part of the U.S. Boston client experience. They support our principals and clients with their extraordinary skills, strong work ethic, attention to detail, and warm and caring manner. We consciously build our support team with the breadth of skills, depth of talent, and longevity of tenure to support and execute the individualized services we provide our clients. 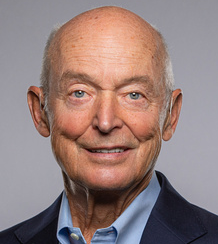 Mr. Umphrey is the Chairman and co-founder of the Pear Tree Funds, the President of Pear Tree Advisors, Inc., and the Chairman of U.S. Boston Capital Corporation. Mr. Umphrey founded U.S. Boston’s predecessor in 1969 and has over forty years of experience in the finance and investment management business.

Mr. Umphrey provides overall management and direction for U.S. Boston and its affiliates. He is active in the management of U.S. Boston Growth Capital and is a Board observer on all of its portfolio companies.

Bill obtained his JD from Harvard Law School, an LLM in taxation from Boston University School of Law, a Masters in Personnel Administration from George Washington University, and a BS with distinction from the United States Naval Academy in Annapolis, Maryland. He has held the Chartered Financial Analyst (CFA) designation since 1992 and is a member of the CFA Institute and the Boston Security Analysts Society. Bill holds his Series 7, 27, 63, 65 and 24 securities licenses. He has held a law license in the past. 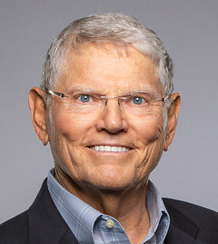 Mr. Okurowski is the Vice President of Pear Tree Advisors and the co-founder and Vice-President of the Pear Tree Funds. He is also Vice President and Treasurer of various U.S. Boston entities. Mr. Okurowski has over forty years of experience in the finance and investment management business. He has extensive experience in structuring and raising capital, as well as the management and sale of ventures dealing with both the public and private sectors.

Mr. Okurowski provides direction and management control for US Boston and its affiliated entities. Mr. Okurowski also retains a wealth management practice with existing clients and their families.

Mr. Okurowski obtained his MBA from the Whittemore School of Business at the University of New Hampshire, his MS in taxation from Bentley College, and a BS from the United States Naval Academy. Mr. Okurowski holds his Series 7, 24, 63, and 65 securities licenses and is a MA licensed insurance agent. He has been an active member for over 20 years in Vistage, a leadership organization for chief executives, and has served on the boards of several high-tech companies. He was a co-founder and served on the board of Atlantic Bank and Trust Company, a public company.

Prior to joining U.S. Boston, Mr. Okurowski served in the United States Navy as a nuclear submarine officer. Over the years he has been active in sports and outdoor activities, and has been involved with various educational, medical, and conservation charities. 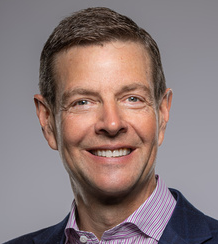 Mr. McClellan has over 35 years of experience in corporate leadership, private equity and strategy consulting. He manages U.S. Boston Growth Capital and sits on the Boards of its portfolio companies Anokiwave, Inc. and SciAps, Inc. He is also a Board observer on all of its other portfolio companies providing active strategic and operational guidance with the goal of improving returns.

Prior to joining U.S. Boston John’s previous positions include CEO of Palladium, Inc., Managing Director at Thomas H. Lee Partners, CEO of Sprague Energy Corp., and President of EPIK Communications, which he founded. He started his professional career at Monitor Group (now Monitor Deloitte), where he rose to the Board of Directors and served as CEO of its software division, Decision Architects. 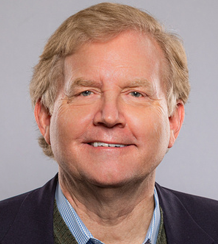 Mr. Beckett has over forty years of professional experience in corporate finance, private equity and venture capital. He has also developed direct operating experience serving as Chief Executive Officer of a private equity portfolio company and Chief Financial Officer of several private equity funds. Mr. Beckett manages all finance, accounting and tax areas for U.S. Boston Growth Capital and monitors its portfolio company investments. He is a Board observer for SciAps, Inc., Tech2000, and Anokiwave and sits on the Board of SemaConnect, Inc..

Bill received his MBA from the Graduate School of Business at Stanford University and graduated from Williams College with a BA in Economics. He holds Series 7 and 66 securities licenses. 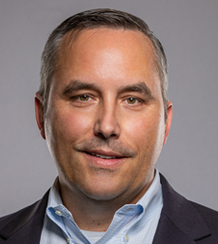 Over the last thirty years, Mr. Powers has held sales and sales leadership roles at a variety of professional service and technology firms. Caleb has deep salesforce effectiveness, sales strategy, and operations experience at early stage, turnaround, and PE funded high growth firms. Earlier in his career he worked at the Boston Stock Exchange as a floor broker and Specialist. Today, he is focused on growing U.S. Boston’s private placement business.

Caleb received a BS from Emerson College in Boston and holds Series 7 and 66 securities licenses. 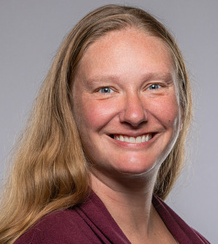 Jill is a senior member of the Private Client team and Operations Manager at U.S. Boston Capital Corporation. She is responsible for maintaining and servicing all aspects of client relationships. She is also in charge of all administrative and operation aspects of U.S. Boston Growth Capital.

Jill holds a BS in Business and Finance from Westfield State College in Massachusetts.

In her spare time, she enjoys time spent with her husband, daughter and dog. 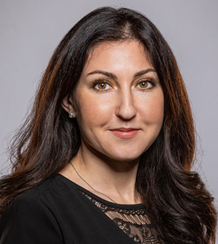 Ms. Monisov serves as Chief Compliance Officer at Pear Tree Partners, LP and Director of Compliance for U.S. Boston Capital Corporation. As the CCO Ms. Monisov is responsible for establishing and maintaining the policies and procedures for Pear Tree Partners. Ms. Monisov is also responsible for identifying, preventing, detecting, and correcting noncompliance with applicable laws and regulations. Ms. Monisov performs testing and reviews of the firm’s overall compliance program. Ms. Monisov is a member of the IT governance committee (enterprise wide). Prior to joining Pear Tree Ms. Monisov was Chief Supervisory Officer at Winslow, Evans & Crocker a dually registered Broker Dealer and Investment Advisory firm. In that capacity, her primary responsibilities were to oversee compliance and supervision within the organization.

Ms. Monisov has a strong operations background with experience in implementing new systems, processes and controls that significantly improve operationally efficiencies. She is also well versed in Fiduciary/Trust Administration.

Ms. Monisov earned her BS from Boston University School of Management and an MBA from University of Massachusetts Boston. Alina holds Series 7, 63, 65 and 24 securities licenses and is a Certified Investment Adviser Certified Compliance Professional® (IACCP®)

Ms. Hunt heads the Accounting Department at USB Corporation which serves U.S. Boston and all of its affiliates, including U.S. Boston Growth Capital. Diane chairs the Pricing Committee and is a member of the Investment Committee for Pear Tree Advisors.

Diane earned her bachelor’s degree in Accounting from University of Massachusetts, Amherst.

CFA® – Chartered Financial Analyst. Minimum requirements for the CFA® designation include an undergraduate degree and four years of professional experience involving investment decision-making, in addition to successful completion of each of the three CFA level examinations.